Message from the Principal

On Tuesday morning we experienced our first live streamed assembly. Our Year 11 and 12 students were able to watch from their Homerooms and the Years 7-10 students watched through TEAMS. Congratulations to our Student Leaders for the preparation that they put into their inspirational presentations. It was great to have our Mission Captains, College Captains, Academic Captains, Sports Captains and House Captains centre stage providing some fabulous messaging to our community.  Congratulations to our choir for their beautiful rendition of Fide which brought tears to my eyes. I really enjoyed seeing them sing live again, after weeks of conducting rehearsals on-line. Thank you Ms Dias-Jayasinha! I encourage you to view the link below my message to hear their wonderful performance. The entire production was very polished and professional thanks to the outstanding efforts of our IT Team. Thank you, Mr Watson, Mr Hamilton and Mr Couper.   I felt a “lift in mood” throughout the College after the assembly. Perhaps it was that the whole MSM community had finally come together…we have missed each other! We look forward to welcoming back to the College our Year 7 – 10 students on Monday. Once again, I extend my heartfelt thanks to our parents/caregivers for your support during our Learning at Home program. I have sent home separate correspondence this morning with updated information about procedures next week.  Some of you may have seen the poem below as it has gone viral on social media. I understand that there is some controversy regarding the author. One set of sources acknowledges that it was Kathleen O’Meara, an Irish French Catholic writer and biographer during the late Victorian era who wrote the poem in 1869 with it being reprinted in 1919 during the Pandemic.  The second author that it is attributed to is Kitty O’Meara, a retired schoolteacher and chaplain in Wisconsin who penned it in March 2020. And the People Stayed Home: A Famine Poem And people stayed at home and read books and listened And they rested and did exercises and made art and played And learned new ways of being And stopped and listened More deeply Someone meditated, someone prayed, someone met their shadow And people began to think differently And people healed And in the absence of people who Lived in ignorant ways Dangerous, meaningless and heartless, The earth also began to heal And when the danger ended and People found themselves They grieved for the dead And made new choices and dreamed of new visions And created new ways of living And completely healed the earth Just as they were healed. 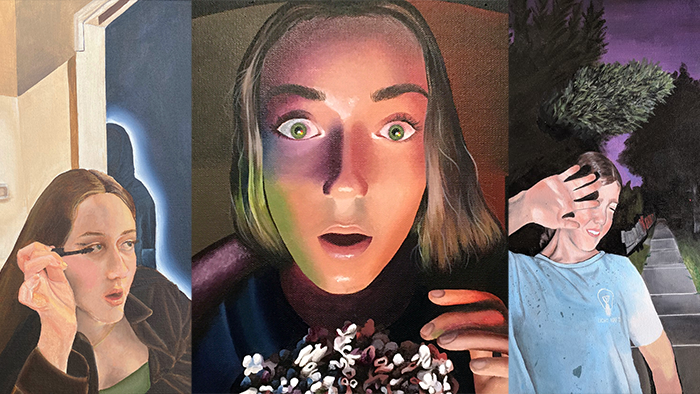 Year 10 Visual Art students have designed and rendered an acrylic figurative painting throughout Term 1 and 2, informed by the artist Anne Wallace. These complex compositions communicated a context or narrative, imbued with ambiguity and concern. The novel circumstances of the coronavirus pandemic necessitated the completion of these paintings in the home environment, highlighting our students’ resilience. 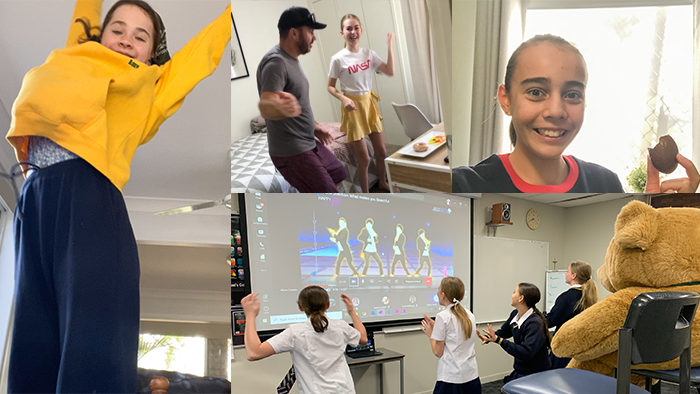 Year 7 Students Rise Up to the Challenge

Year 7 homerooms were set a challenge to like the morning prayer posts for a week. The winning homerooms with 100% success rate were 7B and 7E, they both won a socially distant homeroom party with Ms Correia, Ms Palmer and Mr Koning. Keeping the newest members of our community connected in times of distance with party food and Just Dance, all before 9am!
Celebrating Languages Day at Mt St Michael's College

In this time of social distancing creating connections is vital to wellbeing; despite the physical distance Years 7 and 11 buddies are finding a way to connect, with each year level writing a personal message of support to their buddy.

Aikenhead House - We are strong (Year 11)
Year 7 probably isn't going the way you've been envisioning it thus far -- I know this certainly isn't how I thought my second last year of school would be going. Regardless, we are super lucky to have such hardworking teachers and excellent support systems that allow to us to keep working somewhat normally and keep in contact with all our friends. I really hope you take time to yourself every once in a while and don't burn yourself out! Eventually, this will pass, so try your best to be positive about the future. Stay safe, wash your hands and remember that everyone is in this together so you never have to feel alone. 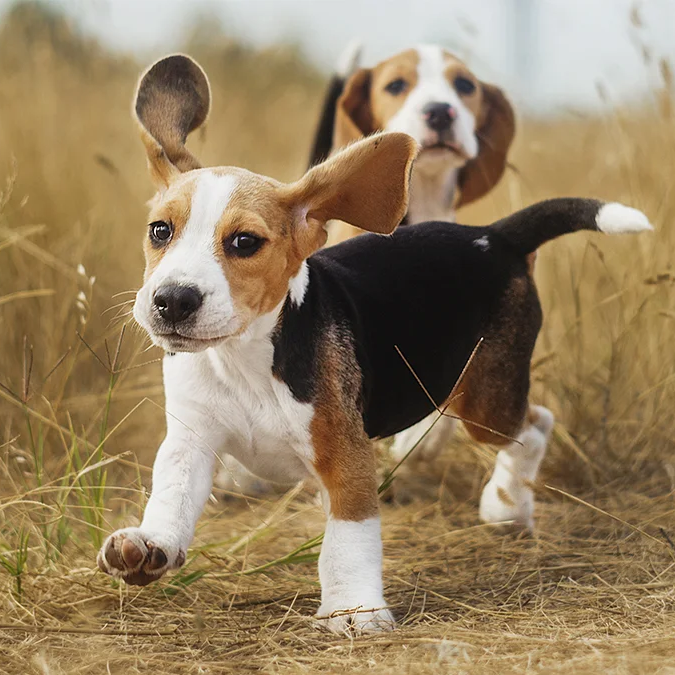 Grantuly House - We are honourable (Year 7)
I hope you are doing ok and staying safe in this, shall I say interesting, time. I can imagine that you are keeping up with all your online work being the star student that you are, and hopefully aren't to stressed and/or bored right now. Remember to take some for yourself every now and again! Some of my favourite activities as of now are playing board games, trying to juggle socks, arguing with my brother and obviously taking time to do some drawing.  Remember to wash your hands!

Stewart House - We are determined (Year 11)
Congrats on completing your first term of year 7! I hope you had a refreshing 'break' and are enjoying your time in quarantine. Hopefully you are staying in contact with your friends and keeping on top of school work ;)). I know online school can be stressful and  I encourage you to take breaks, perhaps do a bit of creative writing. But most importantly enjoy the sleep-ins and not having to lug a massive bag to and from school :) You have got this! I have faith in you! Remember that challenges are an opportunity to grow. If you need anything feel free to send me a chat!

Rush House - We are Courageous (Year 7)
We hope you are enjoying the new experiences of learning from home. We can't wait to see you back at school and hope your family and friends are happy and healthy. 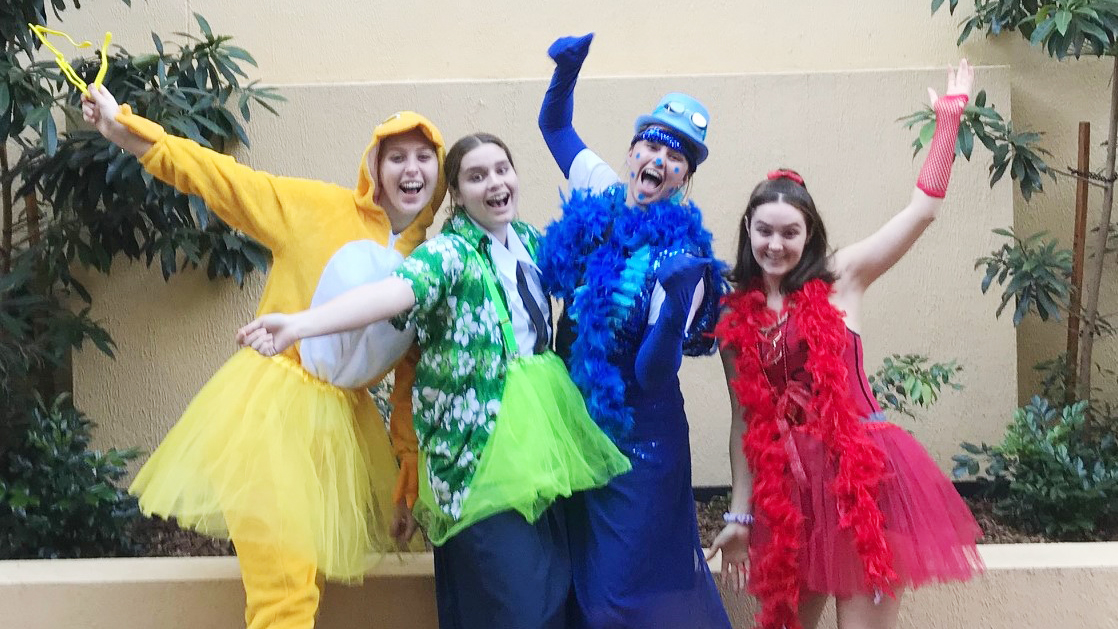 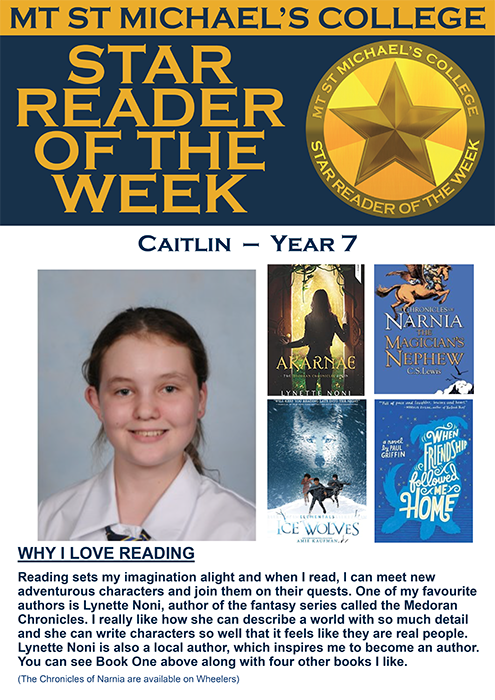 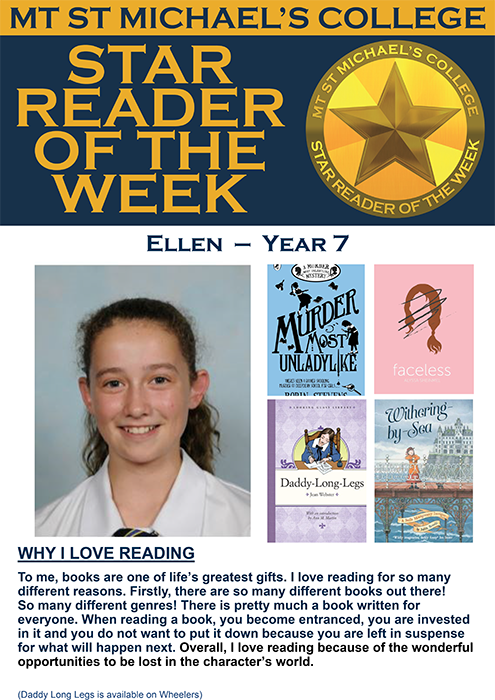 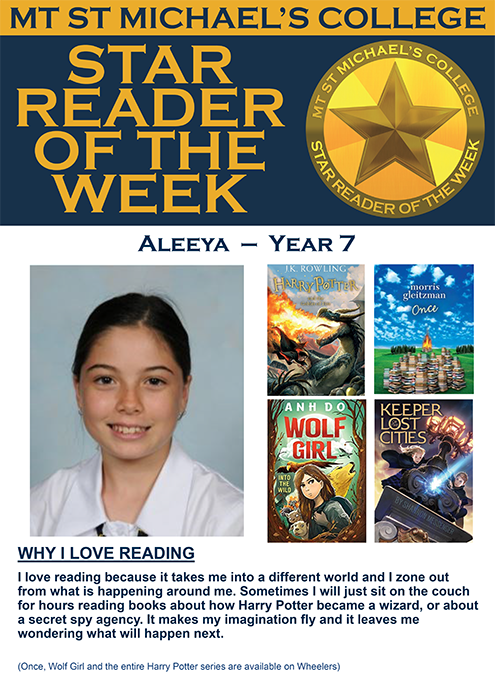 We warmly welcome back all our MSM Junior and YA readers. The books have been lonely without you! Week 6 is Library and Information Week and the theme is LIBRARIES CREATE…. As part of the celebrations we are holding MSM READS during extended Homeroom time on Tuesday, May 26, so make sure you borrow a book or download an e-book or audio book from Wheelers. There will also be a Bookface Homeroom competition during the week where students find a book cover that aligns with either their face or body and then take a photo of their efforts. The finished product should look seamless, so the cover of the book blends in perfectly with its surroundings. The library is also hoping to create a record of “Life in Lockdown” with contributions from students and staff in the form of stories, poems or artwork. Further details of this project will be publicised in the following week. 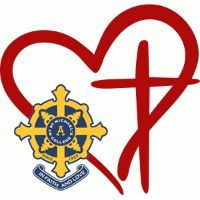 Our College is aware that there are students and families within our community who, from time to time, are in need of support due to a variety of factors. As a community we respond through preparing meals for families experiencing difficult circumstances. If you would like to contribute to the Ministry Care Programme and support those who are going through difficult times, please contact Stephen Campion: scampion@msm.qld.edu.au

Due to the likelihood that event restrictions on large gatherings will remain in place past July, the P&F Committee has made the difficult decision to cancel August’s P&F MSM Mothers’ Lunch.  Although saddened to cancel such a heavily supported event, the safety of attendees and the wider-community must come first. This decision will also ensure that event supporters have the necessary time to make adjustments.  We sincerely apologise for any inconvenience this may cause and look forward to celebrating with you again next year.   Best wishes,   P&F Association Mothers’ Lunch team

For the latest and archived copies of the Spirit  Click here